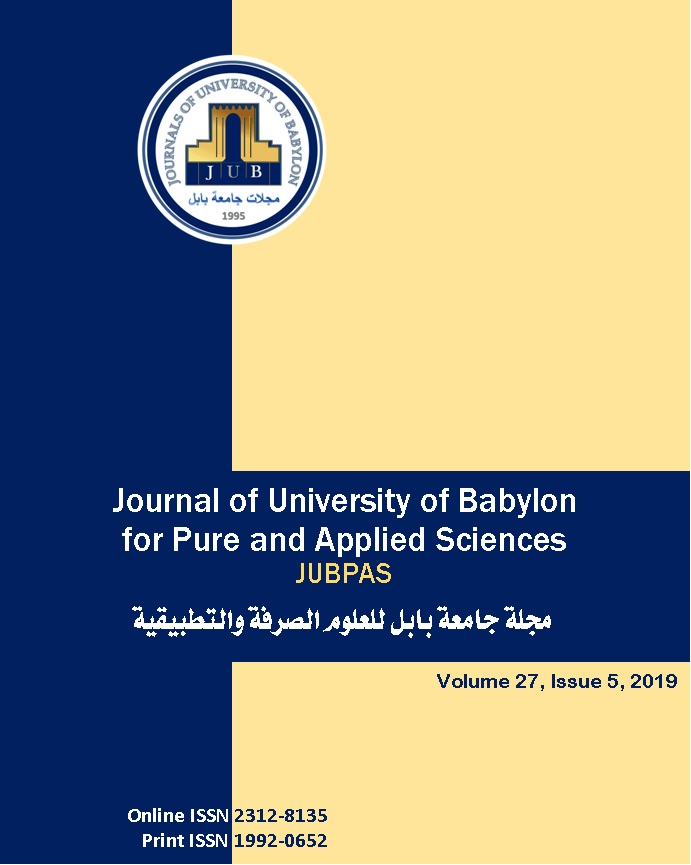 This study was conducted in animal farm and laboratories of the  Technical Animal  Production Department of Al-Mussaib Technical College during period from 20/9/2018 to 20/4/2019 to investing the effect of pregnancy that resulting from hormonal treatments to estrus synchronization in the blood and metabolic changes in local ewes, the study include twenty ewes with age  ranged from 2-4 years, and randomly were  distributed in two groups sub groups 10 ewes for each group. for the first group, estrus synchronization  were done by injection of the Prostaglandin (PGF2α)  hormone  using 500 IU with 10 days time difference for. While for the second group intravaginal  progesterone sponges containing 10 mg of fluorogestone acetate (FGA) were putted  for 12 days period of  time , The ewes of the two groups were injected with 500 IU of equine chorionic gonadotropin(eCG)  after the sponges were removal. The ewes were naturally mated with high fertility (ram / 10 ewes). The blood samples were Collected for each month and stored at -20C° until assayed. The obtained  results indicated that  the months of pregnancy had significantly effect (p <0.05) in the  average concentration of glucose, total protein, packed cell volume (PCV), and hemoglobin when the hormone Prostaglandin is used as well as months of pregnancy had   a significant effect (p <0.01) for total protein, cholesterol, packed cell volume (PCV) and hemoglobin when  Vaginal sponges were used.