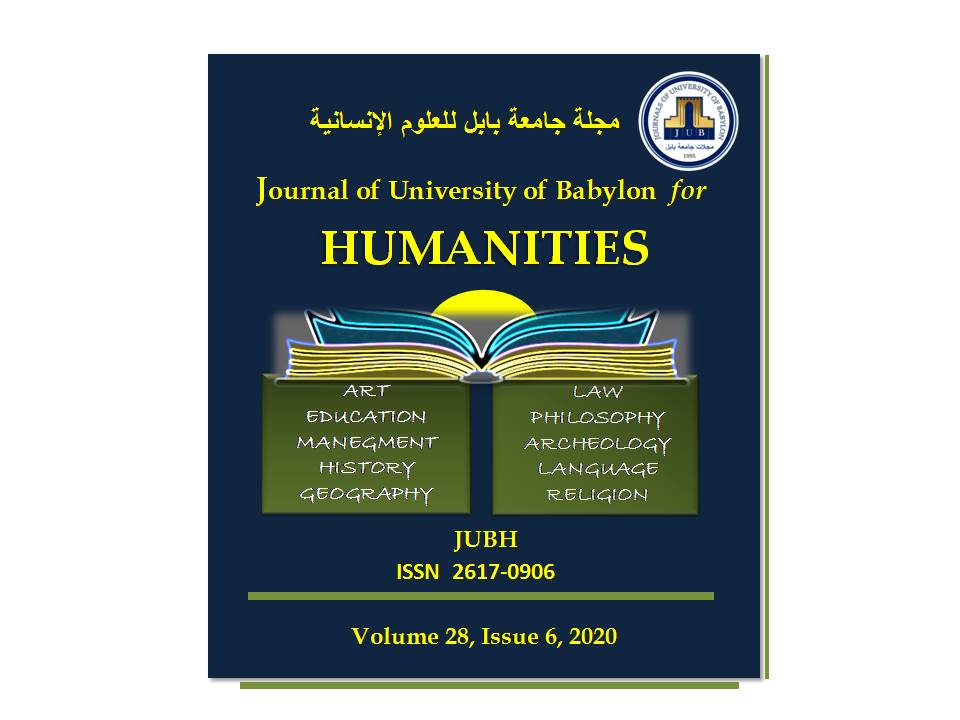 This research is concerned with studying Islamic decorative Patterns and their reflection in Vasarelypaintings. The research was divided into four chapters. The first chapter was devoted to explaining the research problem، its importance، need،purpose، and limitations، and defining terms contained therein. The research problem dealt with the topic of studying Islamic decorative Patterns and their reflection in (Vasarely)paintings Which is summarized by the following question: How was the influential vision of the artist (Vasarely) in Islamic art formed، and what distinguished the artistic reflection in his paintings? What is the reflection of the  coordination and aesthetic that witnessed through his artistic paintings? The second chapter included two topics، the first concerned with (an introduction in the decorative Patterns of Islamic art)، and  the second concerned with (coordinate transformations in European art) This chapter included a presentation of the theoretical framework indicators and previous studies، and the third chapter included research procedures، while the fourth chapter focused on the results and conclusions of the research

1- That the artist (Vasarely) was influenced in his paintings by Islamic arts، because he found in them a source of inspiration for the human self، so he sought life، reduced to form and excluding everything that surrounds reality directly.

2-The vision of (Vasarely) revolves around the creation of forms، configurations، and artistic treatments in imagined subjective worlds that are far from simulation and are the essence of awakening surprise to the recipient when reading artwork in a new formulation of art in treatments with multiple formats.