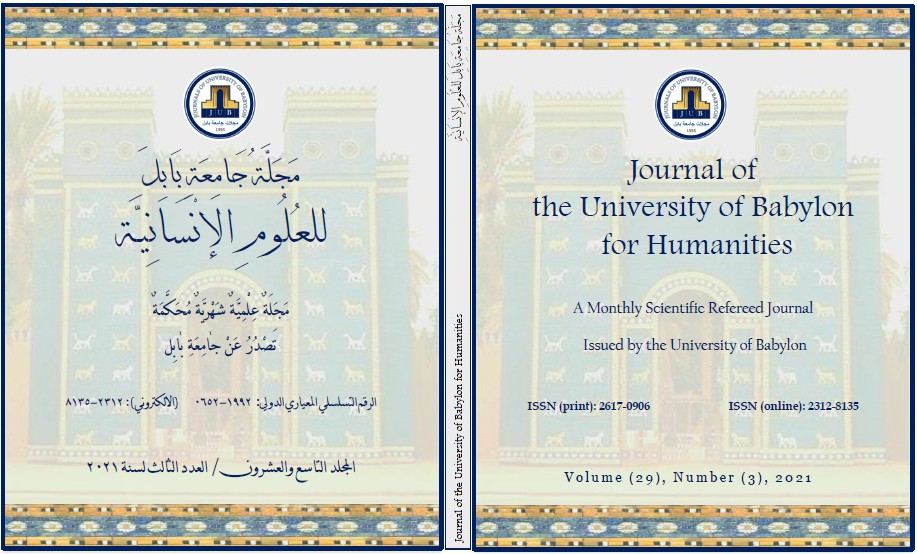 Theatrical art, through its historical path and paths, is in an argument with its structural self and its socio-cultural environment, indicating a series of transformations and shifts related to its internal structure and external space. As theatrical art expands a set of arts, scdiences and literature to emphasize the (poetic) paternity (Poetic) comprehensive with expressions and intellectual, aesthetic and technical developments. Seeking to open his complementarity from those elements with the aim of influencing and responding to the receiving self. Theatrical performances, with their directorial vision, were in a contest and their defined - epistemological surroundings, to summon elements that enrich the space and the connotations of its artistic and aesthetic complementarity and with different eras, eras, and theatrical trends themselves, according to the accomplished or technical and aesthetic given. Perhaps (brochure) remains one of the elements of the artistic and aesthetic structure of the theatrical performance, whether in its own structure (brochure) or in lines of communication, communication and interaction with the recipient himself, and (the brochure) thus a transcendent function or mechanism that cannot be abandoned because of the fitness and energy it carries in the systems of structures, formats and deliberative Theatrical show.

This research was based on four chapters. The first chapter included the research problem based on the question (the extent of the effectiveness of the brochure text in enriching and configuring the complementarity of the theatrical performance)?

The importance of the research centered on being based on a study of the poetry of the brochure and the outputs filtered from it to produce the values ​​/ ideas, structures and meanings of the theatrical performance discourse. As for the need for it, it concerns those concerned with the directing and dramatic affairs and reading the show itself.

The second chapter consists of two topics: The first topic: It was titled (The Structure of the Brochure). As for the second one: It was entitled (Receiving the Brochure) and it means the Third Chapter: By analyzing the research sample that included the presentation of (Red Carpet) by (Jabbar Judi) and (Oedipus the King) ) To (Abbas Rahek) and the research ended with some results from the fourth chapter of them (The first sign in receiving the theatrical presentation speech is the text of the brochure and its artistic and aesthetic composition, and the linguistic component in the body of the theatrical brochure advances as an effect on the production of meaning.