In the current research, the visual diversity of the contemporary ceramic formations, Babylonian pottery, is a model. We have dealt with their experience as a technical trend in contemporary ceramics for the period after 2003. And follow the paths of youth in the province of Babylon and in Iraq in general. In the research and investigation of the origins and sources and characteristics of the diversity of the image of the adult pioneers and their artistic gatherings, and their impact on contemporary Iraqi ceramics in successive generations, starting with the generation of pioneers and then the generation of the sixties and seventies up to the current generation in the eighties and the end of the nineties and beyond 2003, History of the plastic movement in Iraq. By analyzing the ceramic works of Babylon artists, private collections, private exhibition halls, sources, photographs, exhibitions and interviews conducted by the researcher.

The researcher identified the problem of his research with the following questions:

- Establishment of Iraqi ceramics in its general form and the Babylonian plastic movement and its origin in particular?

The boundaries of the research were represented by the spatial boundaries (Iraq), with its temporal boundaries for the period (2003 - 2018) within the substantive limits that include contemporary ceramic works produced and exhibited in Iraq, and others, which included (art galleries, public collections, museums, , Magazines and newspapers(.

The second part deals with the concept of image in philosophical and monetary thought, while the third section includes the technical treatments for the formation of contemporary Iraqi ceramics, while the researcher discussed in Chapter III Research procedures, the research community, and his eye and analysis. In the fourth chapter, the results of the research, and its conclusions, were the most important: Most of the ceramic products carried the visual diversity in the contemporary ceramic formations of the artists of Babylon, which is always renewed. The nature of diversity expressed a well-engineered system, adopting the image as a variety of identity and revealing its heritage, heritage, traditions and customs. As a result of the heavy accumulation of knowledge, civilization, culture and civilization, the picture was used with other cultures. The contemporary Babylonian caterer employed the image as a means of expression and the wishes of society.

Finally, there were recommendations, proposals, a list of Arab and foreign sources, and supplements containing summaries of the views of the research community and the summary in English. 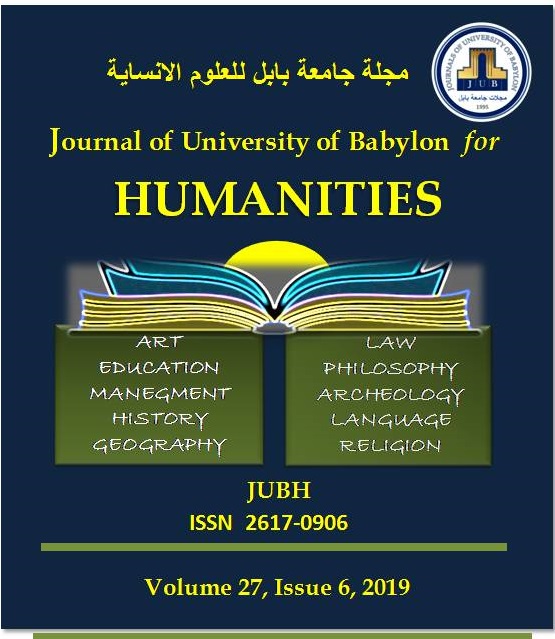